The heart of the Capital of Lithuania is the beautiful Vilnius old town included into UNESCO World heritage list. It is the oldest part of Vilnius on the left shore of river Neris.  The Old town began formatting in medieval period already and nowadays it is one of the largest townscape complex in Eastern Europe.  The Vilnius old town includes many churches, museums, architectural monuments. A very interesting fact is that churches in the Old Town are of many various religions, also is rich in variety of architectural styles: gothic, renaissance, baroque, classicism and a bit of modernism coalesce into one spectacular architectural ensemble. Vilnius old town is one of the most beautiful in eastern Europe. 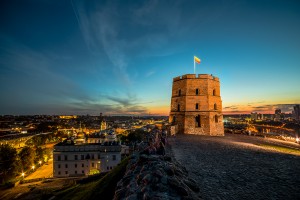 Price: 50 € (Museum tickets and transportation costs are not included)

Klaipeda is the oldest and third biggest city in Lithuania, located on the  Curonian Lagoon and The Baltic Sea. City is unique for its Old Town which is an outstanding example of German architecture. The city always regains its strength during annual city festivals like the Sea Festival and the Jazz festival. Klaipeda is very lively at night when various night clubs open. City is a very charismatic including a spectacular architecture, majesty of its harbor and original leisure time activities. Bohemian people, white mews and smell of sea will be absorbed for a long time once you come to Klaipeda.

On this tour I will take you throw most beautiful part of Klaipeda city – old town. Will tell You the history of Klaipeda, show the most important objects, buildings, museums, symbols, statues. Other places to visit in Klaipeda and outside the city:  “Svyturys” beer brewery, military battery “Memel-Nord”, Klaipeda Sea museum and dolphinarium, beautiful scarp “Dutchman’s cap”.

Price: 50 € (museum tickets are not included in tour price)

Palanga is the capital of summer, biggest and most universal seaside resort in Lithuania. It is located 29 kilometers from Klaipėda. The Lithuanian seacoast is famous for its beaches of beautiful white sand and dunes, which can be found nowhere else on the Baltic Sea coast. . Town originally is a fishermen’s and amber pickers village. 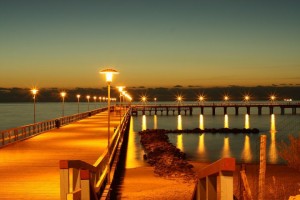 Price:  50 € (Museum tickets and transportation costs are not included in tour price)

Kernavė is a small town in the southeast of Lithuania, located on the right river bank of Nėris. Only about 300 inhabitants live in Kernavė, but it is the center of township, has its flag, coat of arms and a very rich history. Kernavė is the first capital of Lithuania

It is believed, that first inhabitants settled in Kernavė territory in 9-8 millennium BC, but only in the first centuries AD they started to form bigger settlements in the Pajauta valley (Kernavė territory). Settlements were protected by five fortified mounds.

In 2004 Kernave was included into UNESCO world heritage list.

Kernavė attract visitors not only because of the heritage and open air museum. Different festivals take place here. Two most popular ones are Midsummer’s festival on the 23rd of June and Live archeology days in the beginning of June. During these archeology days, everyone can get to know the handicrafts from prehistoric times and early Middle Ages warfare art.

On this tour You will visit: 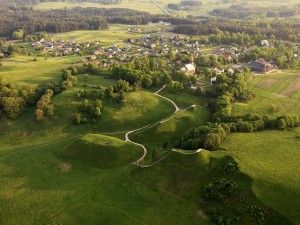 Price: 50 eur. (Tickets and transportation fee are not included)

At the time when the United States started building underground military bases, it was decided that the Soviet Union had to maintain its military advantage. For that reason in September 1960 in the village of Plokščiai the Soviets started rapid construction of an underground military base, one of the first in the S. U. The shore of the Plateliai Lake and the Plokštinė forests were perfectly suitable for the construction of the military base. The chosen location for the base was located 160 m above sea level, the soil was easy to excavate and the local population was small. The local inhabitants were poor farmers who were paid 4.5 thousand rubles to move their farms. Further, from this location all of the Europe could be covered by the missiles, which could reach Turkey and southern European countries. 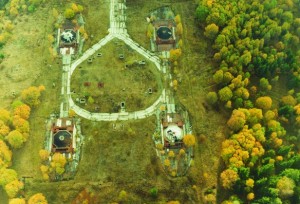 It’s a place with its spectacular UNESCO scenery is the elite seaside resort of Lithuania. It spans a narrow peninsula merely 2 km wide and 98 km long, with half of that length in Lithuania. Curonian Lagoon separates the Spit from mainland Lithuania. The Curonian Spit for centuries has been an area of massive travelling dunes, the “Lithuanian Sahara”. Its few fishing villages used to be ephemeral: over 10 of them are known to have been consumed by the moving dunes. Some large swatches of breathtaking dunes remain, but since 19th century the landscape is dominated by pine forests, a titanic successful attempt by the locals to tame the nature.

That’s one of the most beautiful part of Lithuania and I’m sure you will love it! I suggest to spend at least one day in Curonian Spit, to feel how great and wonderful place it is.

On this tour we will visit: 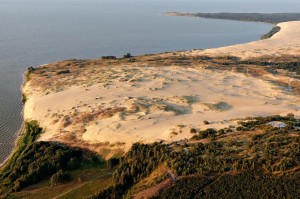 Duration: up to 8 hours

Price: 100 € (Transportation costs are not included)

Visit the hearth of Lithuania and experience its unique atmosphere. Kaunas is second largest city in Lithuania and home to a variety of festivals and events, including the famous Kaunas Jazz festival. The remarkable Old Town which is a collection of ancient architectural monuments: the remnants of the 14th century with remains of Kaunas castle, the buildings of the Middle Ages in the Gothic and the Art Déco styles. The Kaunas Fortress is a valuable military heritage composed of a number of constructions that used to be a military complex. There are nine Forts around the city and the Ninth Fort serves a museum.
The beautiful confluence of two biggest Lithuanian rivers is well known for a magical saying – the Nemunas river is a male and the Neris is a female . The meeting of two rivers is considered as a marriage of a couple. Two rivers meet in Kaunas, they join and never split up! For those who want their dreams to come true it‘s a right place to go. 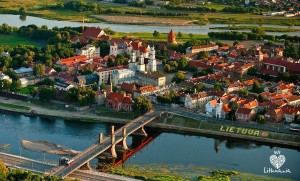 Price: 50 eur. (Transportation and museum tickets are not included)

The old town of Trakai – is situated west of Vilnius between the hills, forests and lakes. This town, famous for its picturesque landscape and the legendary Trakai Castle, was a cradle of the Lithuanian statehood, an important military and political centre, headquarters of the Lithuanian Grand Dukes, and the second capital of Lithuania. Today, Trakai attracts visitors to a wonderful place offering refuge from a hectic city life, with walks around the beautiful area or yacht trips on one of the numerous lakes. Trakai is also known for the Karaimes (a people speaking the Turkic language), who have lived there since the 14th century and have preserved their traditions.

Places You will visit on this tour: 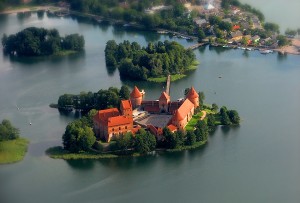 Price: 60 €  (Museum tickets are not included into the price) 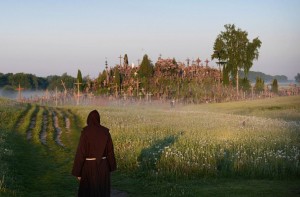 Price: 50 € (Transportation is not included)

Anykščiai has been granted status of resort territory because of the beutiful countryside, mineral springs, the present day and would-be spas, ski routes, the growing network of recreation services. Between the two world wars in independent Lithuania Anykščiai was a resort. This fact was one of the incentives to strive to become a resort territory and, finally, a resort.

Now Anykščiai is famous about treetop walking path. Have to see it!! 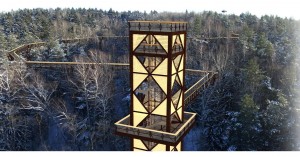 Price: 50 Eur. (Tickets and transportation are not included)